The supporting floor units of this prestigious building, an extension of the British Parliament and situated right across Big Ben at the corner of Whitehall and Parliament Square, are designed in sandblasted architectural concrete.

In this building, designed by Sir Michael Hopkins, the floor units play an important part: besides their role as supporting floor with a free span of 14,40 m, they also function as reflecting ceiling and heat regulating element. In this way, they enhance the comfort in the building and they contribute to an economical energy consumption thanks to the high light reflection index and their mass.

The units, with a “gull wing” form, received a dustblasted finish and include mica containing sand besides crushed white marble aggregates.

The whole concept was to design and build a maintenance-free building able to withstand the wear and tear of 120 years without major maintenance interventions.

The long span and the fact that the floors play a part in the lateral wind stability of the building resulted in a very complicated tri-dimensional reinforcement which reached for the typical units an average of 550 kg/m3, increasing to more than 900 kg/m3 on critical area’s.

In total, 2,800 m3 of concrete were processed into precast units, together with 1,400 tons of reinforcement, of x

Which 150 tons was stainless steel. 24 tons of aluminium bronze were processed into cast nodes, linking the massive natural stone columns. The pinpoint connections with the stone columns were formed using 150 tons of stainless steel plates up to 80 mm thick. The design work was in keeping with this and acceded 13,000 hours.

The size and complexity of the project made special demands on the factory. Steel moulds were required due to the repetition and the size of the units. Internal transport of units weighing up to 30 tons required an investment in portal cranes. A storage area of 5,000 m2 had to be equipped to withstand point loads of 45 tons. 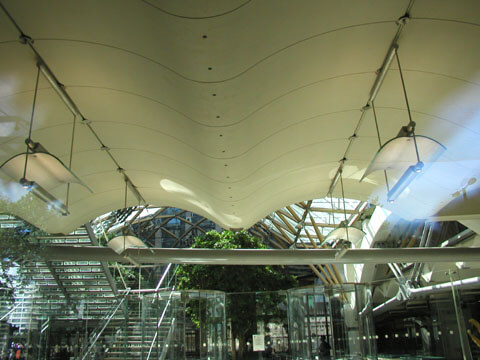 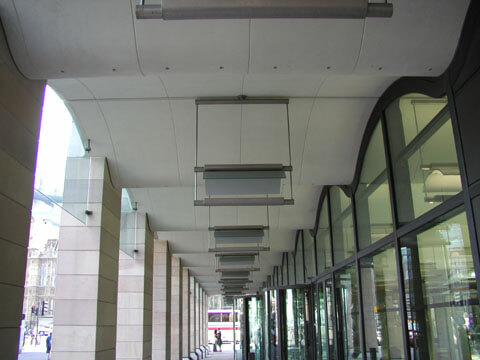 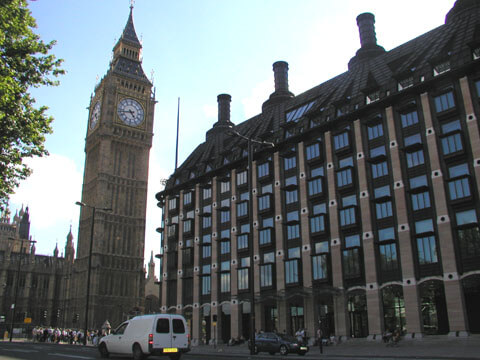