For the highest tower of this project, the client, in deliberation with the architect and contractor, opted to use brick-cladded precast units.

A choice was made for a manual form, processed as a strip in thermal galvanised metal frames, finished with a powder coating.

After each element in the mould was fitted with the necessary lightning rods, the element was poured using self-compacting concrete.

During the production process the 8 to 10 mm recessed seam was formed in the mould.

Fitting the insulation, horizontal fire barriers, and the erection using stainless steel anchors, were also provided for by Loveld.

Since two tower cranes were used by the contractor for this 92 metre high tower, erection of the brick-clad elements was done along with fitting the windows, immediately following the construction of the shell of the building. 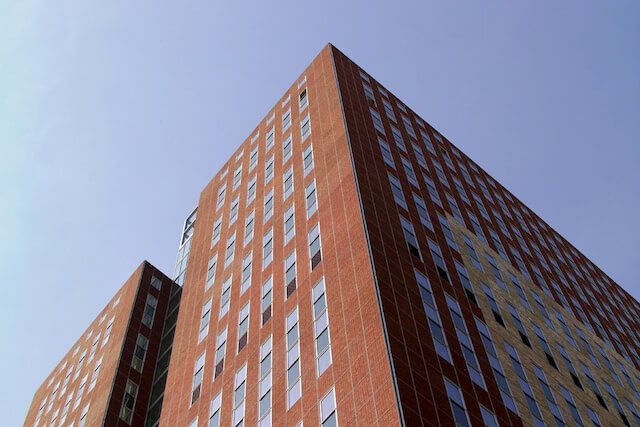 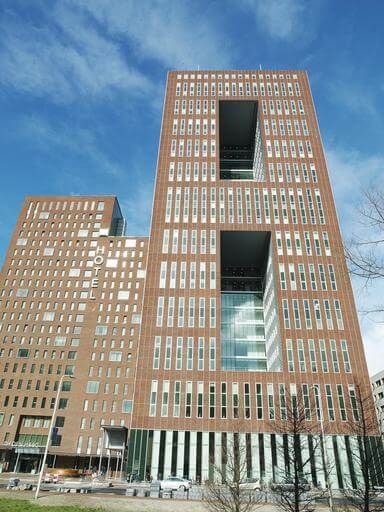 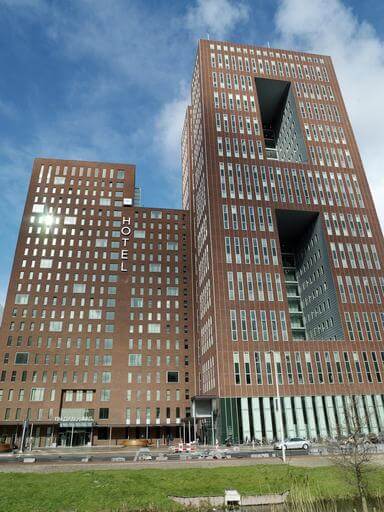 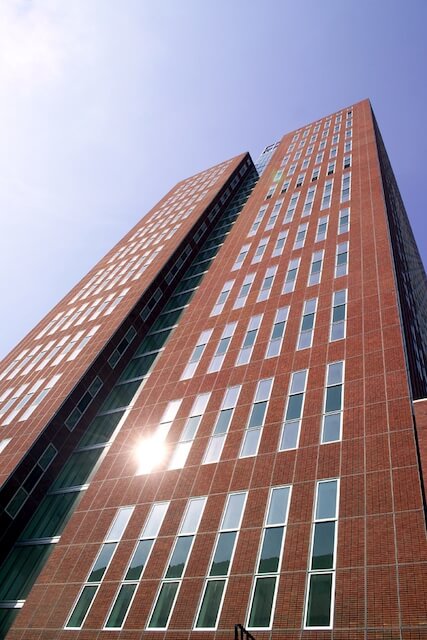 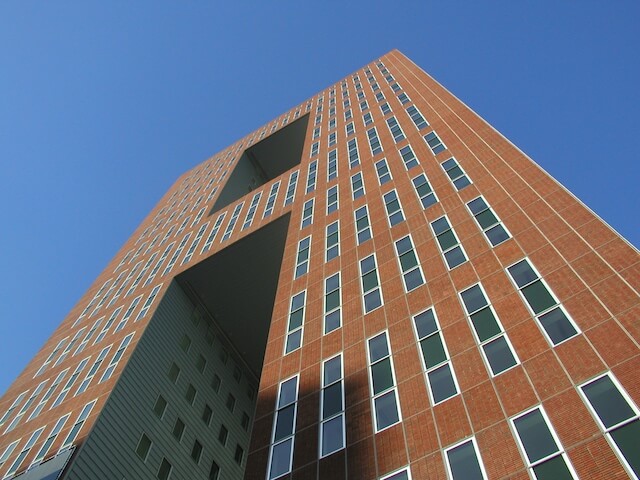